Choosing a flag for your ID

For your new ID card we encourage you to chose the Flag you wish to have on it. But this raises the question of why?

We have a Default My-Id Logo showing but this WILL be automatically Changed to GODS Flag unless you selct one of the other two options.

You CAN NOT have your card supplied with the MY-ID Logo simple.

Please DO NOT place and order if you have an issue with this.

When you walk into Government buildings and courts many times you will see a Flag. You are being put on Notice of the Jurisdiction governing it.;

For example if you walk into a court and the Flag has a Gold fringe then this is telling you that it is under Admiralty Jurisdiction. Don’t be thrown be off into thinking they are talking about the sea, and it doesn’t apply to land. As most people are fast becoming aware the Administrative courts are operating under Admiralty Jurisdiction where the Crown is in control and the people are no longer sovereign;

Pursuant to the “Law of the Flag”, a military flag does result in jurisdictional implications when flown. Admiralty law is for the sea and maritime law govern’s contracts between parties that trade over the sea and when a ship owner sends his vessel into a foreign port, he gives notice by his flag to all who enter into contracts with the master that he intends the law of that flag to regulate such contracts, and that they must either submit to its operation or not contract with him. [Ruhstrat v. People, 185 III.];

In other words: The flag state of a commercial vessel is the state under whose laws the vessel is registered or licensed. The flag state has the authority and responsibility to enforce regulations over vessels registered under its flag, including those relating to inspection, certification, and issuance of safety and pollution prevention documents. As a ship operates under the laws of its flag state, these laws are applicable if the vessel [your LEGAL PERSON which is “Birthed”] is involved in an admiralty case;

Therefore, we do NOT recommend putting a Union Jack Flag on the ID cards as this would put any contracts made by POLICY ENFORCEMENT OFFICERS under the Jurisdiction of the of the UNITED KINGDOM CORPORATION, which would then be dealt with in an Unlawful Administrative court operating in Admiralty Jurisdiction which has been overlaid and applied on the land;

In heraldry, Saint George’s Cross, also called the Cross of Saint George, is a red cross on a white background, which from the late middle ages became associated with Saint George, the military saint, often depicted as a crusader.

Note: This is not the Flag of England which is derived from Saint George’s Cross. 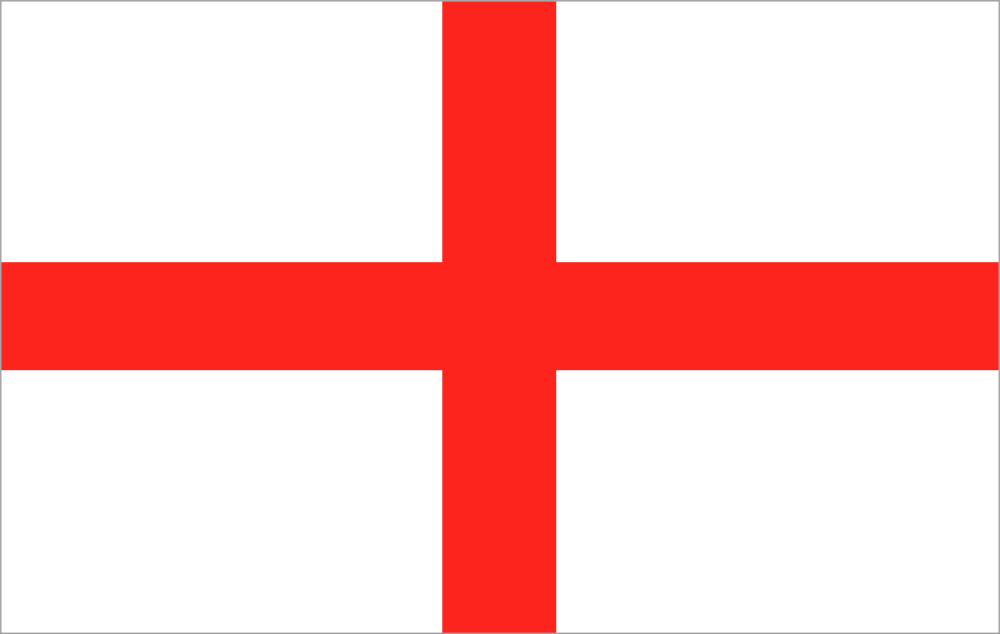 The Restored Kingdom of Albion 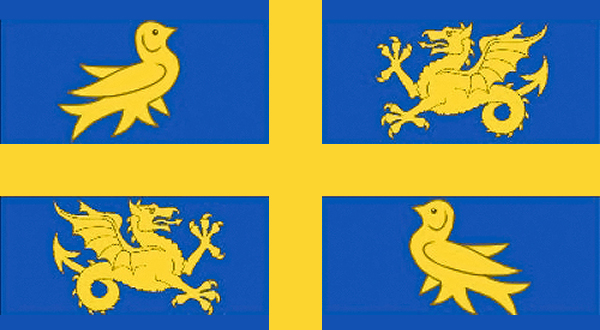 The Flag of God

The Flag of God. This Flag has no particular religious affiliation, but suffice to say this Flag represents a higher Authority than any nation as the hierarchy is God who created man, and man who created Government, who then created LEGAL PERSONS (FICTIONS); 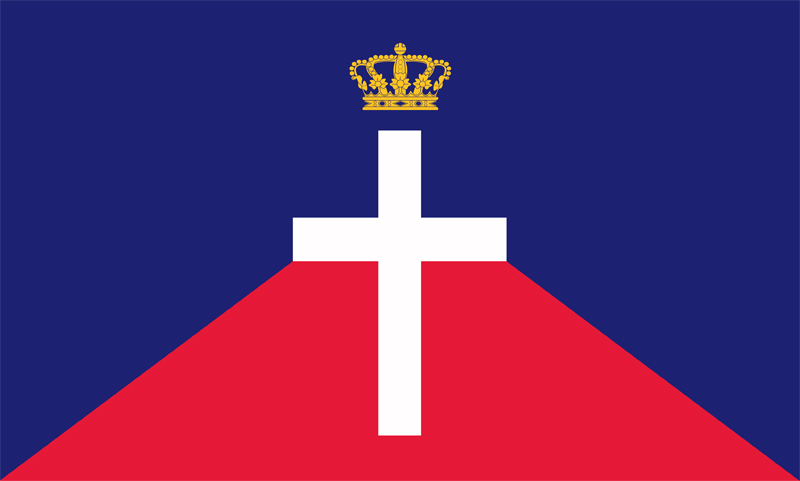